We're delighted to announce that booking/pre-registration is now open for the LifeLines Zoom conference on Saturday 3rd October.

The conference will formally begin with a welcome at 11am, with admission from 10.30am when you may join an optional informal breakout group to meet and talk with other members.  There will be a 30-minute break at 12.30, and the event will end at 2pm, followed by an AGM.

There will be two speakers - details below - as usual, and those of you who have attended conferences previously will know what inspiring people we are lucky enough to have as our guests. There will be other special features and opportunities to share thoughts and experiences - details will be forwarded to you by your co-ordinator and put on the website as they're finalised.

The conference is free and open to everyone aged 18 and over, but non-members must be registered as a guest of a member, and cannot participate in the AGM.

We're delighted that Christopher Scott, Founder and President of House of Renewed Hope in Texas, has accepted our invitation to speak at the LifeLines conference on Saturday 3rd October.

Christopher spent 13 years in prison for a capital murder he did not commit. After his eventual exoneration and release, he was determined to do all he could to help other victims of miscarriages of justice. He joined with two other men - Johnnie Lindsey, and Steven Phillips - who had also been exonerated after decades behind bars as innocent men, and set up House of Renewed Hope. They and their team investigate innocence claims and advocate for legislative change in the US criminal justice system. Their story is told in the award-winning documentary film 'True Conviction'. You can read more about the organisation and its people here:  www.houseofrenewedhope.org

Christopher is a courageous man and outstanding speaker who has nobly agreed to wake up before the crack of dawn in his home of Texas, to be with us!
Don't miss the chance to hear all about his life and work! 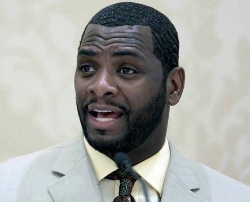 Christopher Scott US speaker at the LifeLines Conference 2020

We’re delighted that LifeLines Patron and distinguished human rights lawyer, campaigner and Founder of Reprieve, Clive Stafford Smith, will be a guest speaker at the LifeLines virtual conference on Saturday 3rd October.

Born in Cambridge, Clive studied law in the US then practised for many years in the South and set up the Louisiana Crisis Assistance Center.  Only taking on the cases of those who couldn’t afford a lawyer, he had an astounding record for preventing death sentences in all but 6 of 300.

Early in his career, Clive represented a young man, Edward Earl Johnson, who was facing execution in Mississippi.  His fight to try to save Edward’s life was filmed as Fourteen Days in May and the documentary was screened on British television in 1987.  Among those horrified and moved by it was Jan Arriens.  His reaching out by letter to some of the prisoners featured in the film led to the founding of LifeLines, and he and Clive have been friends ever since.  Jan will be opening the conference.

On his return to Britain, Clive founded Reprieve in 1999.  The charity provides free legal and investigative support to vulnerable people throughout the world: those facing execution, or victimised by abusive counter-terror policies such as rendition, torture and extrajudicial imprisonment.  Reprieve also works with the media to advocate on their behalf, encouraging debate and raising awareness of human rights issues.  In this, Clive is a fearless, passionate and highly effective spokesman.  We are very grateful to him for giving up some of his nearly non-existent free time to speak at our event.  If you haven’t heard Clive at a previous LifeLines conference, don’t miss the chance to do so now. 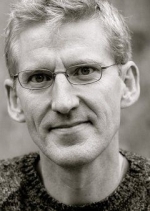 To register, please contact LifeLines membership secretary Nichola Glasse on nichola@glasse.org.uk, providing your name and the state/s to which you write. If you are registering a non-member, please make this clear in your email.  This information will be displayed next to you on the screen during the event.  You will be emailed a Zoom link about two weeks before the conference, and will click on the link to join the conference on the day.  You'll be put into a 'waiting room' then promptly admitted to the conference once your details have been checked.

We do hope you can join us, and look forward to welcoming you to this special day, a positive way for us to come together despite the current challenging circumstances.